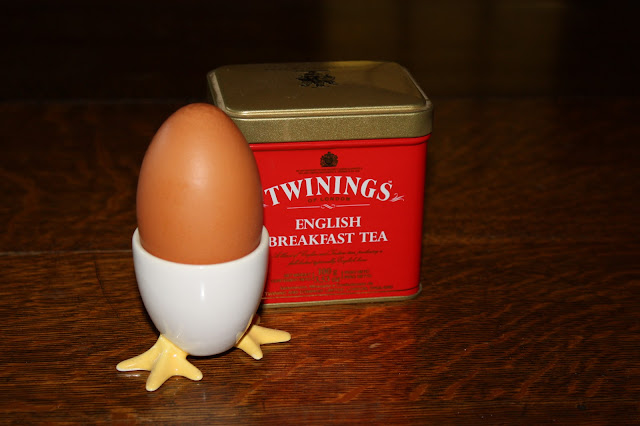 .....Well, as usual here at the Bumbling Blogger, I do get my photos mixed up, but I will ignore this and soldier on. 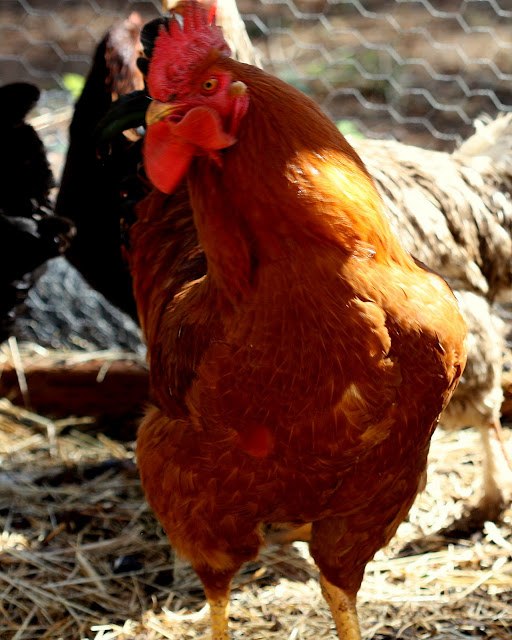 Sometime after I put this little space to bed I got some chickens. They were almost adolescents by the time my pen was ready. Hence, the inability to tame them and still the problem of sexing them. I started with an "A" and went through the alphabet. That rooster that you see was named Alice. He has subsequently been called Alice the Phallus. He is a good rooster;not a mean bone in his body.
There is Betty the little Leghorn, so dependable. She is the postal person of the chicken world. Neither snow nor sleet nor darkness of the night gets in the way of her appointed rounds. She damned well lays. Hooray for tiny Betty.
There is Carmen, the Sex Link (I think) who delivers the most huge eggs. It's a wonder that she can still walk. Oh, the pain! 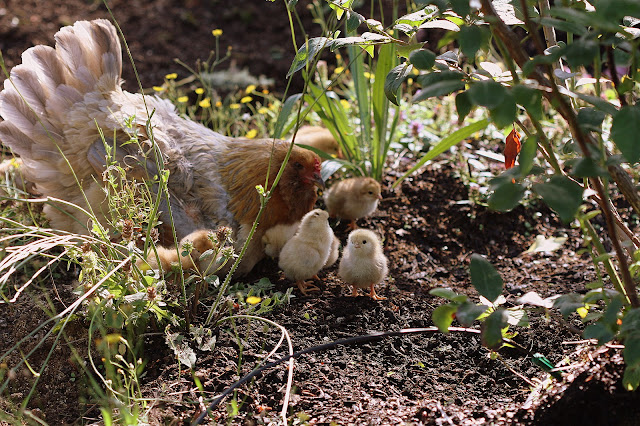 And, then there is Mrs. Dickens, as in Mrs. Charles Dickens who lost her counterpoint because Charles Dickens was meaner than a snake, untrustworthy and a general degenerate of the highest order. He was capable of striking fear into the heart of the most brave of chickens, not to mention the hearts of the humans who live here. Mrs. Dickens was never one to overwhelm you with eggs: One here, mark four or five days or maybe six... sometimes twelve days later; and then Mrs. D. disappeared. She disappeared into nowhere. I was convinced that she was dead as a doornail. A week went by and she finally appeared and all of the little chicken brains from the rest  of the flock did not recognize her. They pecked at her (oh, the loser of The Dances with the Chickens). She ran off again, came back, disappeared again, was lost forever, or so I thought. 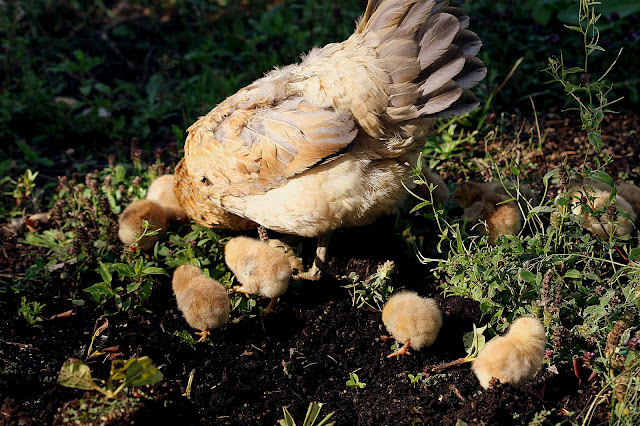 And then, that little Dickens won Survivor. She came back with FOURTEEN, mark it 14 babies.

She did it all herself. I don't know where she put those beautiful cerulean eggs, but she did it! Everyone left them alone.She was in charge. Go, Mrs. Dickens.  They grew and grew and grew.
Mrs. Dickens is a hero. The Little Dickens flourished.
I am sorry to end the story with a bit of ghoulishness.
Our hen house could not support the addition of those fourteen. 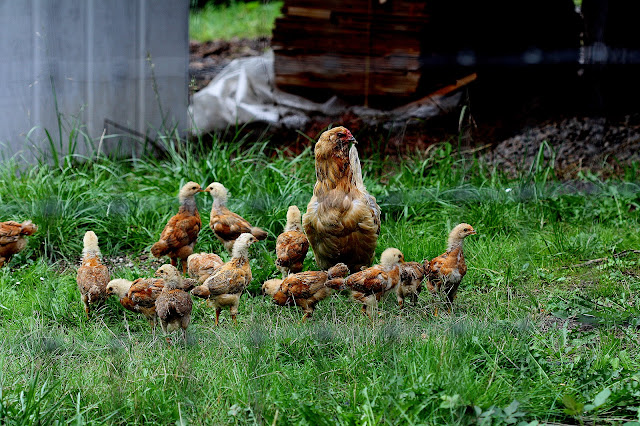 They grew and grew, and eventually they fed a family that needed some food and nourishment.
Mrs. D. has gone on to lay more and more eggs. She's a good girl as is my beloved Betty, Carmen, Delilah, Edith, Francine, Georgianna, Hester, Iris and Jasmine. There was one of Mrs. D's children to escape the Grim Reaper. I am sorry to note that he is an absolute carbon copy of Charles. I regret to say that his days are numbered, his candle burns at both ends and that he will soon grace another simmering pot for a deserving family.
I would recommend chickens to anyone who is able to have them. They perk you up, they make you laugh, they bring joy to your world as you watch the spraddled walk and run they do. It's all good, though I do not wish you a Charles. Oh, and of course, there are the yummy eggs.
Best to all, e.
Posted by ellen at 6:51 PM

Hi Ellen, Such a charming story, loved the photo's
too. I must say they look very happy chickens
you must enjoy the lovely fresh eggs you get
from them. It made my day just looking at
them out free and knowing they are well loved.
thanks Babs
We kept some Bantams for a winter once, best eggs I've tasted!
John

Brilliant! I wish we could keep chickens - I think I'd welcome some 'Charles', as it would make it easier to *neck 'em* as I heard it called the other day. I don't think I could bear the thought of *necking* somebird I really liked, actually I couldn't do the business side of that at all, I'd have to leave it to Andy.

What problems are you having with your photos/layout? Feel free to email me if I can help. :)

We are getting chickens this spring. The plans have been laid and we are all excited to add them to your little world. After reading this great post I'm even more excited. I loved the story.

Very very funny. I had a great big grin reading this post. I love how you named them. At one point growing up, my parents had chickens, and we had eggs out the you know what. It took me awhile to really want to eat an egg or a chicken after that. My favorite eggs are the pale green ones. I think their from Araucana? Not sure of the spelling. Are you fortunate to have those beauties? Wish you lived closer - I would buy eggs from you. :)

oh, some day i will have enough room to have alice the phalus and a whole gaggle of chicks!

I'm thrilled to finally meet the chickens! My Everett boy and I have been yearning for chickens - just don't know if it would work now that we have sweet Hazel our dog. The whole Dickens saga - it reads like a thrilling novel! Thanks for the smiles today!

Chickens are comfort to the soul! Sadly I live along a river where there are so many predators that I fear chickens here would be in terrible jeopardy. I envy you your flock of characters! How I long to sit and listen to that soothing clucking - or a cock crow at dawn...

Your chickens seem to have much more freedom than ours. They are in a chicken coop but seem happy to be there. I agree that they are a delight and thanks for all the pictures and the "tails".